Also Dirk and Philipp couldn’t find anything special in Batumi so we escaped to the mountains. After driving to the country site I figured out that Georgia is just a big farm. You find cows, pigs, chicken, goats and goose on the street. So you have to be careful when you drive into a curve fastly. The common Georgian driver doesn’t car. They even pass you before the curve is coming. If a car comes from the other side? No problem! There are even fitting three lanes on the street. You just have to want it!

We spent the first night in the mountains in a family guest house away from the main raod. The English speaking neighbor tells us the price: 15 Lari (6,50€) for one person including the room, dinner and breakfast. Deal. The food is just great! We were almost exploding but they wanted to give us more. The father of the family took out his self made chacha (liquor) which was burning everything away in our throat. After having a great breakfast at the next morning it was sure for us: We will pay 50 Lari instead of 45. After giving the money to the family they showed us sad faces, talked to each other in Georgian and said goodbye. What was wrong? When we took the car out of the parking position we asked the English speaking son if everything is okay. He answered that the deal was 50 Lari per person! Communication problem! We paid the rest and were still wondering why the family didn’t tell us what the problem is….

The next adventure came after one hour. We took an almost historic cable way over a big canyon. The driver was demonstrating his courage while opening the door at the highest point of the journey. After we arrived at the other side we had more adrenalin in our blood. But we calmed down fast after an old lady invited us for a coffee. For sure it was not only coffee at the end. We had melon, cucumber, yogurt and cookies on the table. That was our first meeting with the Georgian hospitality. 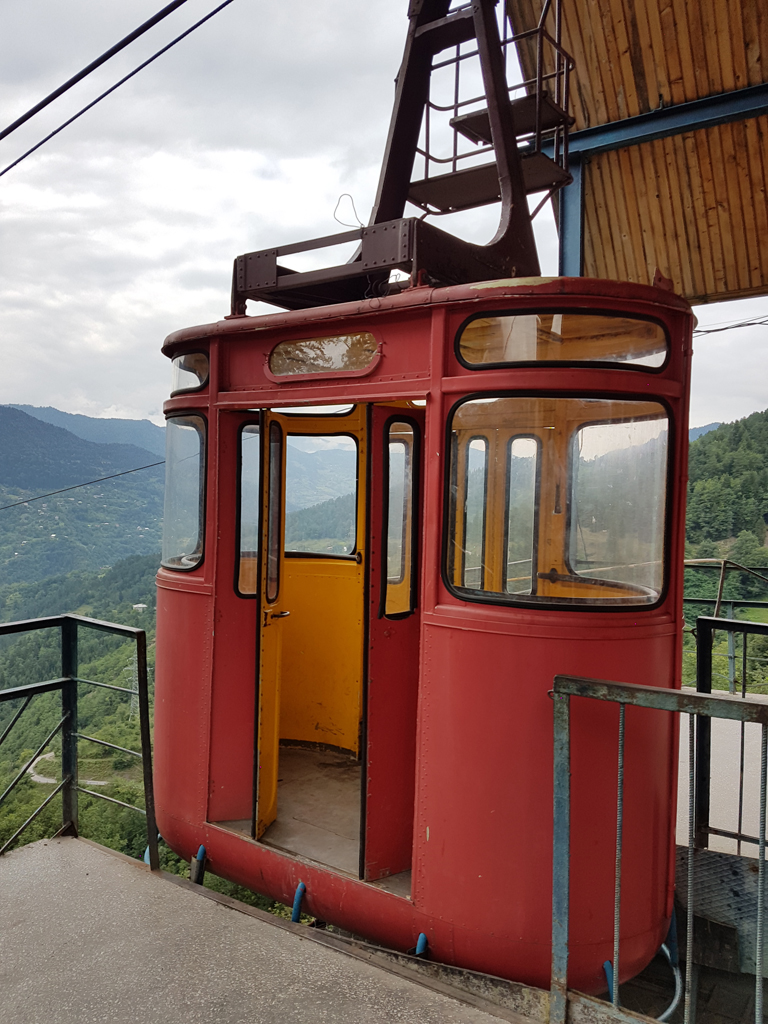 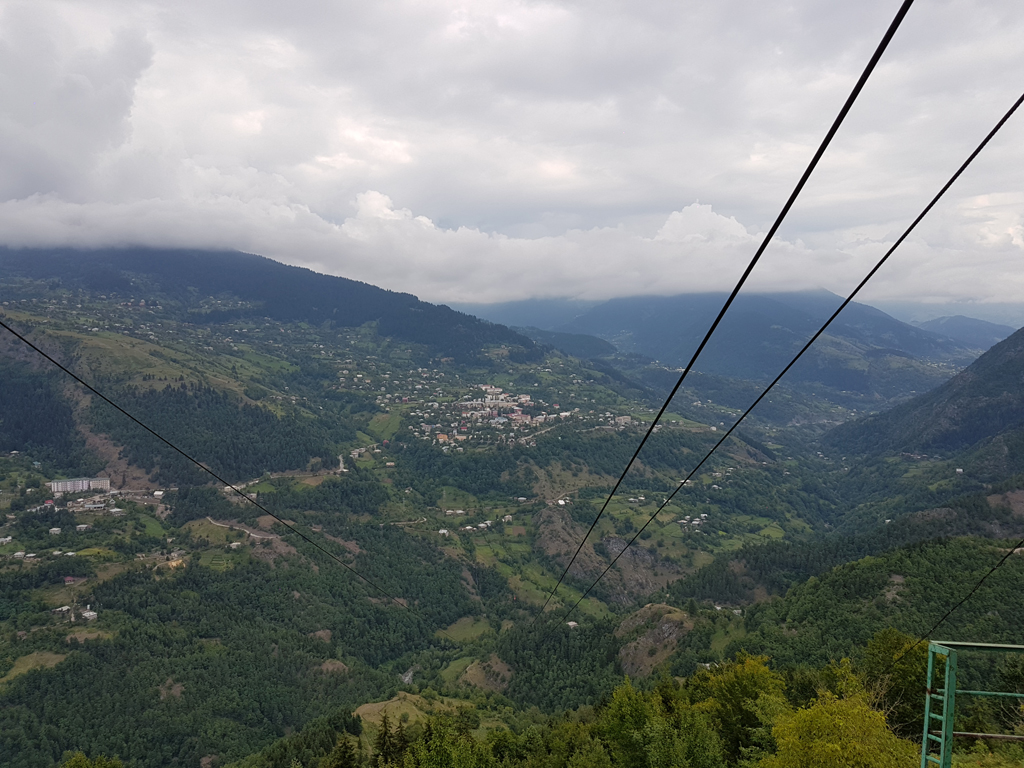 We decided to do an extra way and drove the 30 Kilometer to a fortress. The street was changing to a dirt road and the Pajero was happy. But after a certain point we couldn’t continue so we changed to hiking the last five kilometer. Right after I was asking my fellows if there are any wild animals in this region I saw a bear walking into the bushes. Unfortunately only I was sawing the bear. After three kilometers we were stopped on a military checkpoint. Because the Turkish border is only two kilometers away. They wanted to see the documents which Dirk didn’t had in his pocket. For sure we just went hiking! So the stopped us for almost one hour. They talked to the phone and did pictures. Right after Dirk was seeing himself already in prison they let us go. But with the bad weather which was coming we started to freeze and decided to go back. The soldiers waved to us trying to tell us that this is the wrong way to the fortress. They must think we are stupid.

To avoid the 30 kilometers back to the dirt road we took a 12 kilometer shortcut through the mountains which one girl from the tourist information claimed as a possible farmers road. Baaad decision. A real test for the car! The road was in a horrible condition. Narrow streets with the tires close to the edge. After a while the fog was joining us. We had to turn in small curves. Pure stress. The heart was stopping but after reaching the highest point at 2175 meter the sun was drying or sweat of fear.

In the following days we discovered in the south of Georgia castles, churches, monasteries, rock monasteries, meadows of wild flowers, nationals parks and small cities. We enjoyed the Georgian cuisine and were fascinated by the Georgian driving style with some cars which were in our eyes not made for the road anymore.