When it was sure for me that I am going to go to Brazil for my internship, I knew that I have to go to Rio for Carnaval! I did it, that’s what I can say right now, but first it was not easy to find a place in Rio because everyone is going to Rio for Carnaval. Hostels are extremely overpriced and friends can just host a limited number of people. I was lucky that my friend Zineb from Maroco has a friend in Rio who had one more free place in her apartment. So we went to Rio J First Step leaving Sao Paulo… We took a bus 1:30 Saturday in the morning and it was of course late because too many busses were chartered for this day and that could not all enter the bus station. We had to wait 2 hours for our bus, so I told Zineb to buy a beer for make the time to wait a bit shorter. The woman in the kiosk only had “warm” beer, that means not really cold beer. I said its okay but she didn’t want to sell it because it was warm. Finally she gave it to me with a strange view like “pff crazy Germans…”.

In Rio we stayed in an awesome place. Ana, the friend of Rio was living in Flamengo, the center of Rio in the highest level of a 18 level apartment complex and from her balcony and the roof of the house we could see almost everything of Rio, including – of course – the Christ and the sugar loaf. I decided to sleep the following 4 nights outside on the balcony on some pillows to wake up seeing the skyline of Rio. It was incredible! 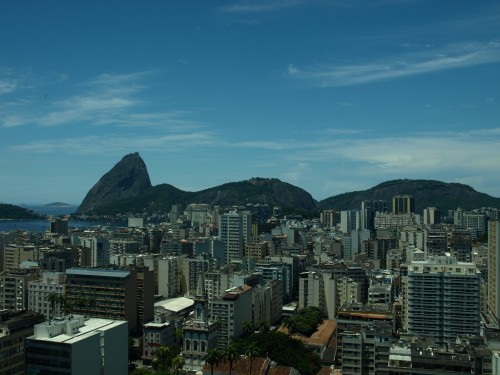 Caranaval in Rio is basically 5 days of party none-stop. The “Cariocas” – how the inhabitants of Rio are called are crazy! They start at 7 in the morning to party until the late evening. Everywhere in the city are different “Blocos” where they play Samba music and the whole crowd celebrates! The Bloco is normally after 4 to 5 hours over, so its time to move to another one. You can imagine that we visit several Blocos and we met a lot of crazy Brazilians, everyone with a fancy Carnaval costume! 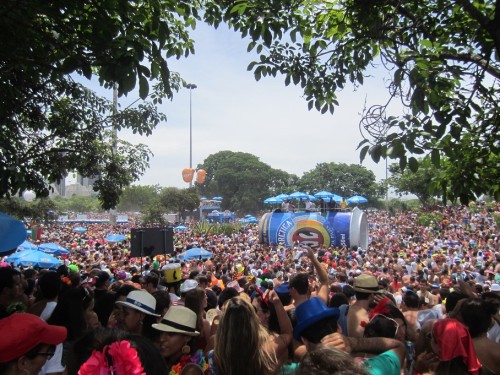 On the Carnaval-Sunday we went to the Sambódromo, the place where the big Carnaval parade happens and where the Samba schools give their best to win the championship. We had the luck to see the winning team, how we found out later. Even on our cheap seats we got for 20 Euros we had a more or less good view to the Parade and it was very impressing. Every Samba school has around 1 hour to perform the parade. That means that you listen one hour to one and the same song, which can annoys from time to time 😉 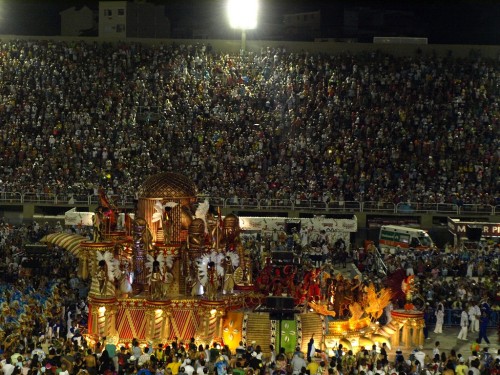 After 4 days in Rio, I also had the time for some sightseeing. My friend from Dresden Pedro, who lived in Rio for a while, showed me his city and another day I went by my own to the top of the Urca, the hill next to Pao de Azucar, from where you get a great view to Rio. 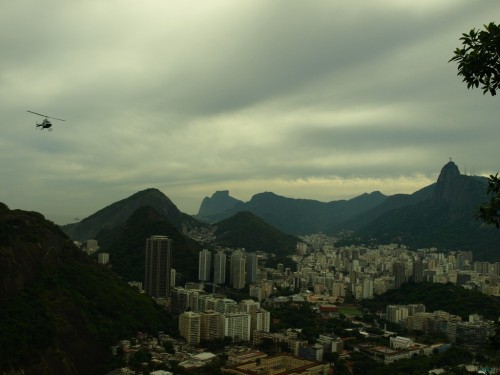 At the end I had a great time and enjoyed my dream Caranval in Rio with some cool people. On my way back I only got an expensive ticket to Sao Paulo, to avoid 3 hours of waiting. What I got was a nice bus with snacks and drinks which stopped working after almost 2 hours driving. So our bus was on the side of the highway and the bus driver tried to stop buses to Sao Paulo, but all the busses where almost full… After 2 hours I got a bus to Sao Paulo, because it was only one seat free and I was traveling alone home. It was the bus I could get cheaper for waiting almost 3 hours… Whatever, I arrived save home with some great memories of Carnaval 2012 in Rio de Janeiro. 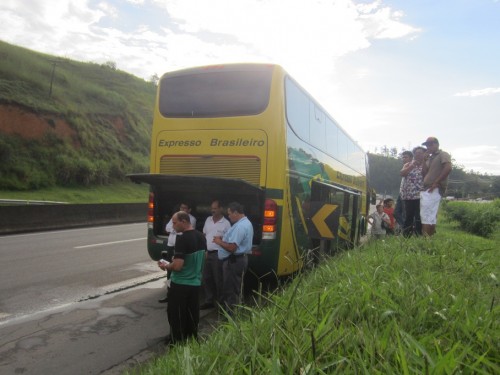