After more than six month I am now going to spend my first night out of Brazil, in Venezuela. Time to look back to the great time I had. But first let me tell about the last days in Brazil. When we left the ferry from Santarem in Manaus, we went to our Hostel. There, the German guy we met Dirk realized that some stole his wallet while leaving the boat. He remembered a weird situation so we went back to check if he could recognize someone. But as you can imagine, there was nothing and the people from our ship told us, that it is nothing new, it happens at the port every day… It was not the best start for Manaus indeed, but what can you do. We arrived earlier as we expected and Manaus does not have thaaaat much things to see, so Matze and me decided to go the so called forest of science. We needed a while to go there and what we got was not special. We saw some sea cows in a small pool, some turtles and some monkeys. The best of this visit was that they had a TV in the visitors center where they showed the champions league game between Milan and Barcelona, so we watched basically all the time football. 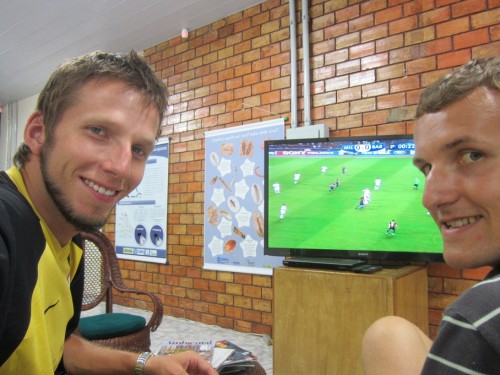 The next day was the last full day together with my travel mate Matze and we planned to do a boat trip into the rain forest. Unfortunately  Matze got a bad diarrhea that we had to cancel that tour. Instead I organized and washed my stuff for my continuing trip and we bought some souvenirs for Matze’s family. We couldn’t even drink the last beer together because he felt quite sick. So we had a nice passion fruit juice as a goodbye drink and after I brought him to the bus to the airport the next day at half past five in the morning it meant for me – the next 10 days traveling alone.

I took a 12 hours bus to Boa Vista where I stayed in a Couchsurfers house. Kacio picked me up fom the bus station after I waited 30min and after I was the very last one in the bus station. Together we had some last beers in Brazil for me and I went the next morning to Santa Elena, Venezuela. From here I will start tomorrow to a 6-days hike to the famous table mountain Roraima.

Now, when I writing these lines, I am thinking about my time in Brazil. First I wasn’t sure if it was a good idea to go to Brazil and I had some problems with the new language Portuguese. But soon I started to like it, to learn the language and to learn the Brazilian culture and the people. It was a good decision to work a while in a country before going to travel it. Now my Portuguese is somehow good and I managed to speak with a lot of locals during the last 4 weeks. And I can say that I felt a bit in love with this country. It different sites, its great beaches and beautiful nature. The people, the culture, the way the people speak. I had a great time here and I met very nice people. The time in Brazil was a part of my dream I am living and I am happy that nothing seriously bad happened to me and that I could enjoy my time. 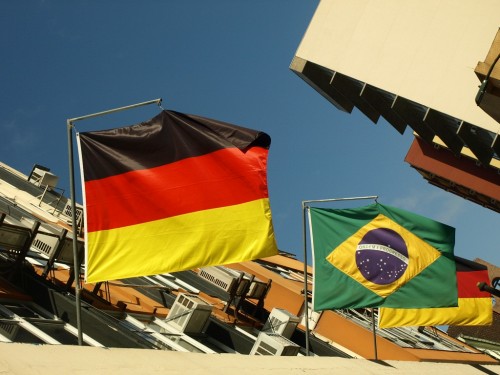 Now in Venezuela things are different. I have to change things in my head to speak Spanish again without using some Portuguese words, which is especially than tough, when you’re speaking fast. But its way cheaper here than in Brazil, which is good. Traveling in Brazil was sometimes hard for my travel budget. But whatever, Brazil managed it to be always in my heart and I am sure when I climb the mountain, I will have enough time to look back and reflect and I can probably say satisfied that I am living my dreams.

Pictures of the time in the Amazon are here: http://mathias-travelblog.com/lang/en-us/galery/?album=TheAmazon