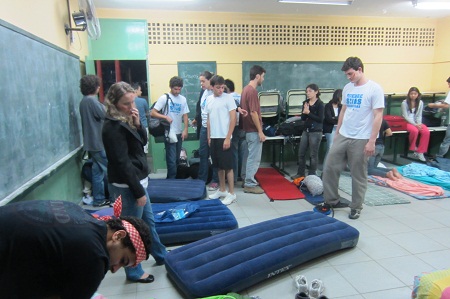 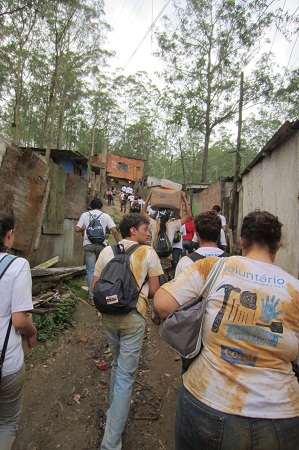 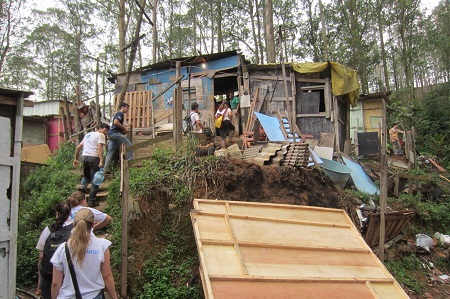 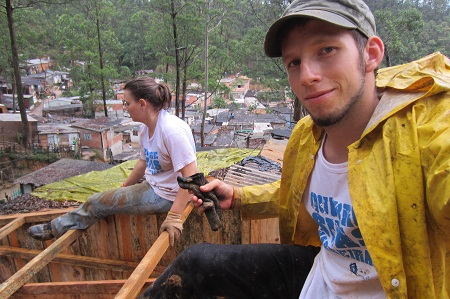 At the next day we realized, that we worked very hard the day before, because everything hurt a lot. But there was o space for complaining, we wanted to finish our house. The walls have been prefabricated, which saved a lot of time building the house. Unfortunately it started to rain again, but this time the whole day. Damned the whole week there was sun, and when we want to build the house it rains! But even that couldn’t demotivate us and around 4pm we celebrated the „Richtfest“ which is actually a German tradition, that if you finish the basic construction of the roof, you put a tree on the roof and celebrate… There was not enough time for celebration, but at least I found a tree… 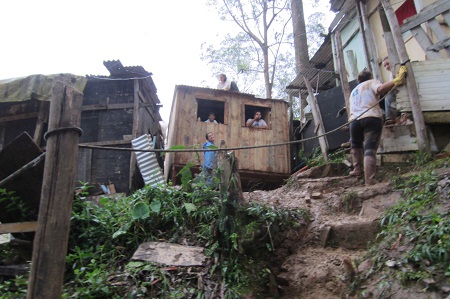 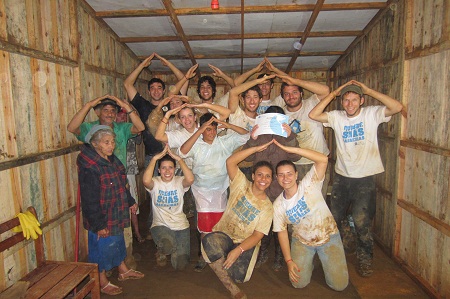