Jericoacoara on the north coast of Brazil is often called as the “backpackers paradise” and after several days of traveling we definitely needed to relax some days that we decided to go to the not easy reachable costal village of Jericoacoara. To go to Jeri from Fortaleza we only could go by bus to Jeijoca, an inland village 20km from Jeri. From there we had to change to a jeep which was bringing us to our hostel. 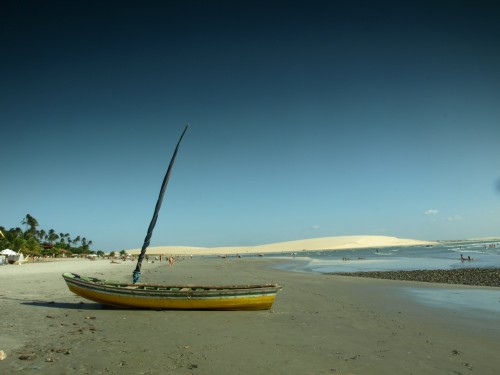 The hostel was only 200m from the beach so we first discovered one of the most beautiful places I’ve ever been in Brazil so far. Jericoacoara is just a super tranquil beach village with several bars, a nice beach, a big dune and palm trees and a rough coast on the other side of the cape. We relaxed in some natural water pools, which were build after the low tide and we enjoyed our backpacker life. On a big dune next to the village we saw an almost perfect sunset. The big ball of fire was melting in the ocean while a single kite surfer practiced his sport and the crowd on the dune was for some seconds quite and enjoyed this beautiful end of the day. 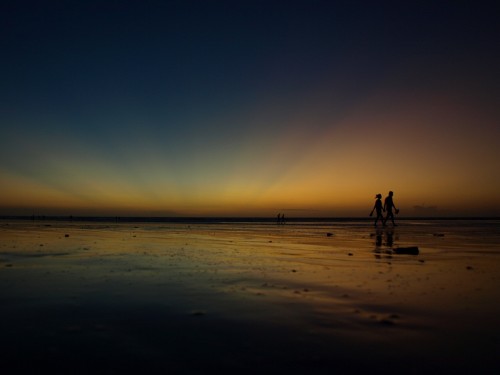 This day was the last day when I could say that I am 25, because the next day was my birthday. The beautiful day and the wonderful sunset was like a resume of the fantastic year I had and made me curious how my next year would be… The year started very cool. Matze and me had some beers in the hostel with backpackers from different places of the world, so I got a happy birthday in German, English, Portuguese, Spanish, Italian and Hebrew. We went to different bars after that and managed it almost to get to the sunrise to bed. The next day I phoned with my family from home and I was for some minutes a bit sad to not be there with them, but after we opened the first cold beer on the perfect sunny beach in nice beach chairs I forgot about that and enjoyed my birthday. 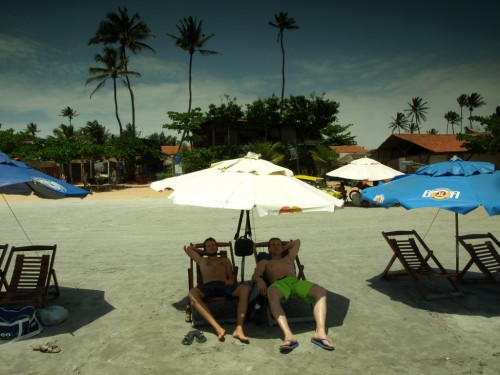 We walked to a stone gate which was on the rough west side of the cape and a 2km walk through nice coast vegetation and finished the day in the natural water pool, with some fruits, beer and again a perfect sunset. The guys from the hostel were very cool so we decided to have a barbeque and very funny evening. According our plan we wanted to leave this day to the impressive dunes of Lencois Maranhenses which are only 200Km east of Jeri, but very hard to reach due missing or bad infrastructure and after the lady in the bus station told us to come back in 30min to buy the ticket from another lady and when we came back it was about to close, we interpreted that as a sign to stay one day longer so we‘ve got stuck in paradise. 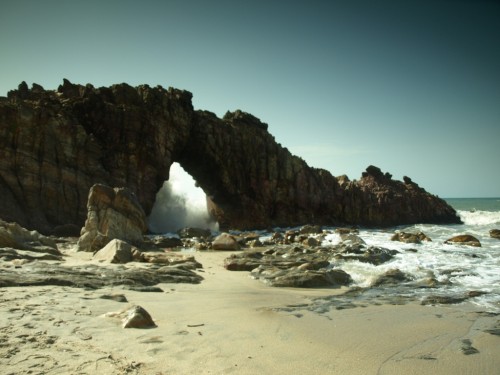 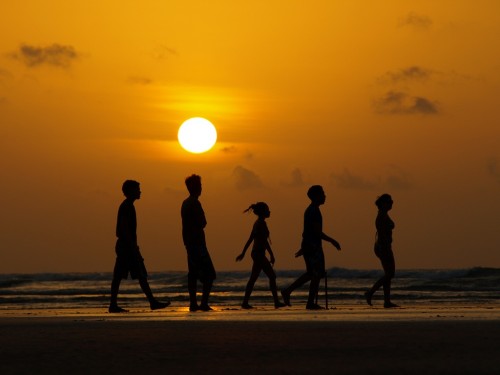 The next day was a lazy day. After some time in the hammock we discovered an oasis which is “eating” by a big dune. The afternoon we went by a jeep to a beach party because that Monday was state holiday and all the people went there to make party. We were quite happy that we not arrived earlier, because according the Caipirinha prices (0,80€) we would have find a bad ending there. The party was over after the sun left and a lot of people decided to go back to Jeri, which made the Jeep super full. Inside and on the back was normally space for 14. We left the beach village with 22 inside and 5 people on the roof… 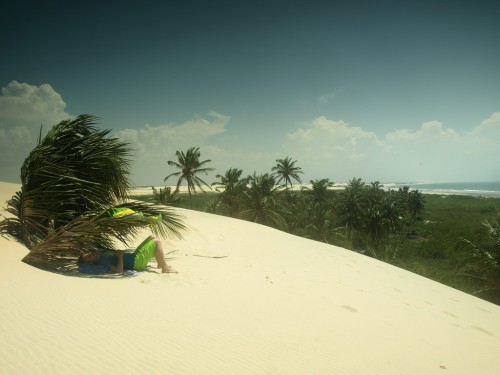 The next day was a travel day to Lencois Maranhenses and an adventure for itself. We took a pickup to Comacin, 35KM east.