A different end of a year

This year meant for me the second time in my life to spend Christmas far away from my family. For my Japanese roommate it was totally ok, cause in Japan, Christmas is for friends and New Years Eve for the Family. Nevertheless for me it was kind of weird and only the “Stollen” (Chirstmas-Cake) and the “Räuchermännchen” (Small smoking figure) I’ve got from my parents in a care-packet were reminding me to feel Christmas. Well to not feel sad, I took days free off work and planned a one-week-trip in Brazil. The trip started in the morning of the 25th, because I did expect a tranquil Christmas Eve. Well but there was a nice Party in a friends house from where you can see the whole city of São Paulo, so I came home very late and had problems to stand up at 5 in the morning to catch up my bus to Ubatuba.

Ubatuba is a small coast city 200Km north of São Paulo, which is famous for the wet weather (Ubatuba is also called UbaChuva, chuva is the Portuguese word for rain) and for its great beaches to surf. In the Hostel I met 4 guys from Argentina who also wanted to go to surf, so I was going with these guys, speaking with them in Spanish while asking for the right way in Portuguese. That was a challenge. 15Km north of the town is an awesome, tranquil beach called Itambuco. There we surfed and chilled. What a different 25th of December! Instead of roast beef, snow and family I had surf, sun and strangers… 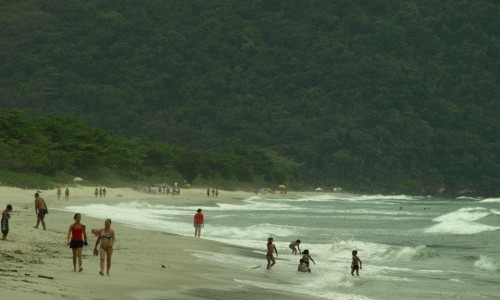 Well at the afternoon Ubatuba showed why people called it UbaChuva… It rained exactly one day, without any stop and sometimes very hard! But I did not care, I went to surf the next day too. This time with two German friends Hidir and Cindy from São Paulo, who decided spontaneously on the Christmas party to join me.

The next day it was time to travel and of course it was sunny. We went to Angro dos Reis, a coast town 160KM north of Ubatuba and the port for ferries to the Ilha grande (Great Island), a tropical Island which is under protection and famous for its great nature and nice beaches. Our bus was more than one hour late so we were afraid to catch the ferry on time. We arrived in Angra 5 Minutes before the ferry was supposed to leave. We ran to a taxi, told the drive that he should drive as fast as possible that we could catch the ferry… We weren’t lucky. We arrived at the ferry-port one minute to late, exactly in this second when the boat started to leave. So instead of taking the 4US$ ferry we had to take a 20US$ boat. But it was not that bad, cause I guy was showing us the way to the boat, we had time to relax on the boat and have a beer and the boat was much more faster (30min, the ferry needed 100min). The boat ride was big fun! We jumped over the waved and felt like a roller-coaster-ride! Plus we arrived almost the time like the ferry did. So it was worth! 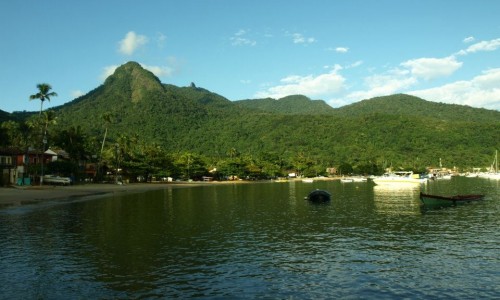 We stayed in a small village, very touristic, but the only village on the 193 km² big island and a good spot to discover the environment. The next day we walked 7km to a nice beach, had nice views from the mountain, were swinging on lianas, saw monkeys and a lot of tropical birds and had several stops on some small beaches.

On our final destination beach “Lopez Mendes” we could relax, jump into the big waves or in my case practice surfing. This time I made some good progress on the small board, even if once a super big wave just eat me and I lost for second the orientation under the water. 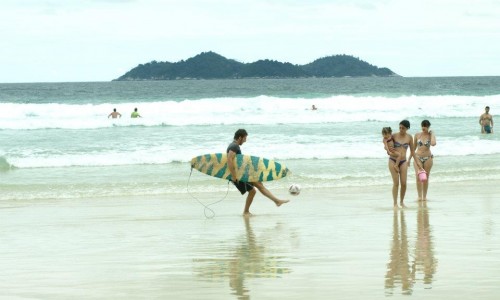 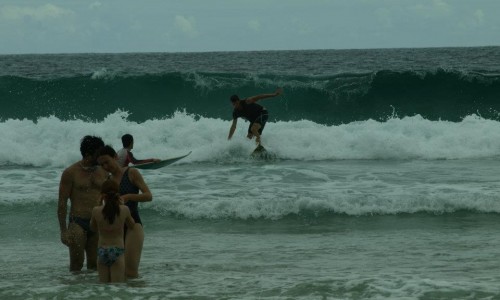 The next day it was a bit raining, but Hidir and me decided to walk to a beach which was 8KM from the village. Cindy stayed at home, cause she was hurting her foot the day before and we were afraid to never reach the beach because we had to wait too much. And this was a good decision, not only we needed some free time from her, also because of we decided spontaneously to climb the Pico Papageio, a 982m high peak of the island with a form a a head of a parrot. People said the path is dangerous, with snakes, its easy to get lost and you need a guide. But we tried it by our own and even if the path was not easy to climb and we were sweating a lot, we did not find any snake and did not get lost, thanks to several road signs. It was very cool to walk to the rain forest, between the clouds and the noises of howler monkeys and we reached the peak earlier than we expected after 2 1/2 hours. It was full of clouds, but from time to time we could catch a view trough a hole of the sky! It was a super nice moment and we did not regret to climb this peak! 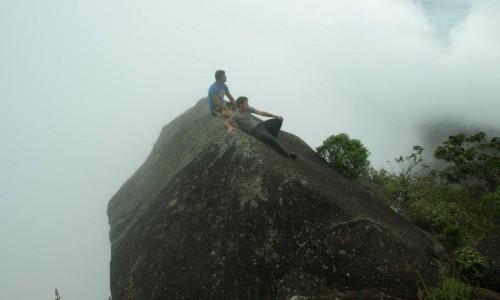 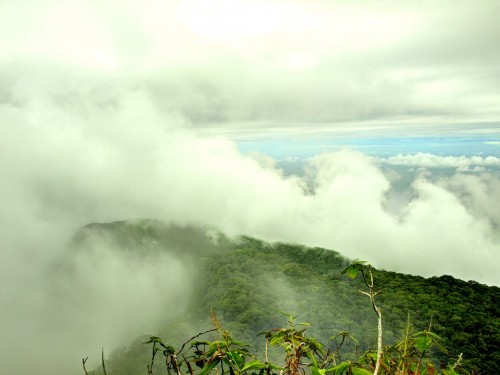 On the 30th we went to Rio de Janeiro. There I met my friend Daniella who stayed there in a rented apartment where I could stay too. I met her on the beach, because she did not expect my big backpack. So I was walking with my my travel-backback on the Ipanema beach between all the tourists and people in swimsuits. I am sure it did look very funny! 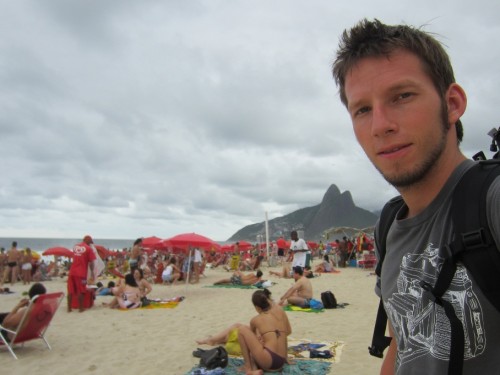 Finally I was spending new years eve in Rio! We were supposed to meet up with a big group of people, but the Copacabana beach was too full of people! So we were around 7 people in between 3 Million, watching the biggest firework I have ever seen in my live! 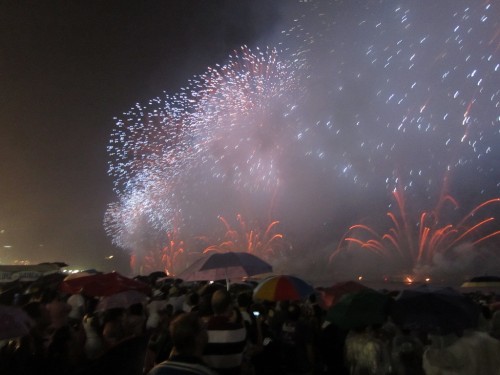 Unfortunately it was raining, but we had fun anyways until 7 in the morning. Then we decided to walk to the Chirstus Statue, because the sky was opening for a while. But we realized that its quiete far, the taxis were all busy and the buses extremely full! So we just walked the 5KM Copacabana beach home and felt at 9 in the morning dead into the bed…

It didn’t do Sightseeing this time in Rio but I am sure I will come back! Next time should be Carnaval! But it was a great trip and a great end of a year, even if it was very different…

Pictures can be find in the Gallery: http://mathias-travelblog.com/lang/en-us/galery/?album=FinalYearTrip